San Francisco is amped up to be Super Bowl City for the 50th Anniversary of the Super Bowl.  Literally there is a City dedicated to the Super Bowl along Market Street in front of Embarcadero Center.  Displays for every one of the first 50 Super Bowls are along the blocks heading toward the Bay with screens showing the games. 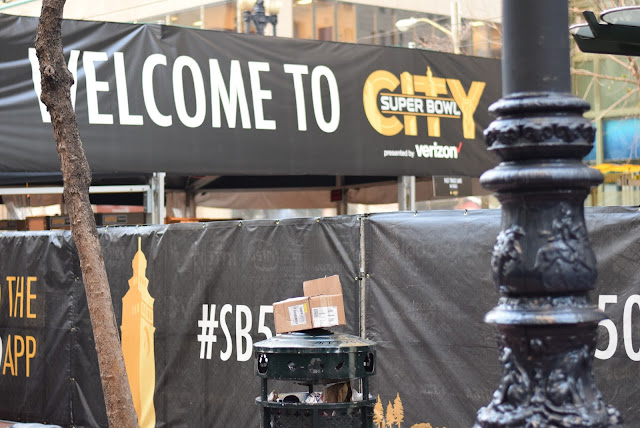 And, a huge Lombardi trophy is plastered on the side of the HOK building. 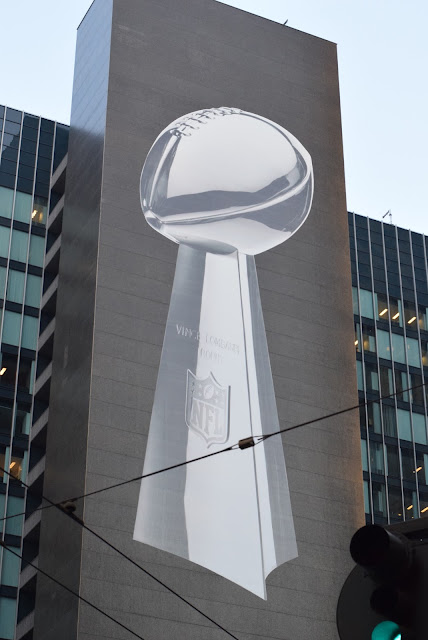 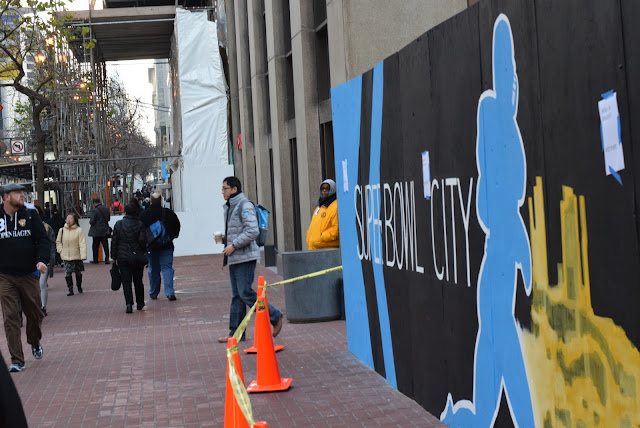 Funny thing is that while there is hype in the media and along Market Street, the City seems unaffected and mostly uninterested.  It's still a city of busy people with things to do.  Maybe the Super Bowl is more of an annoyance than something to look forward to...maybe they just need the 49ers. 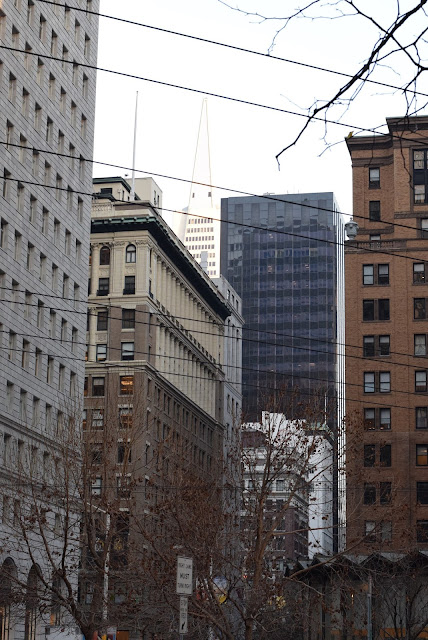 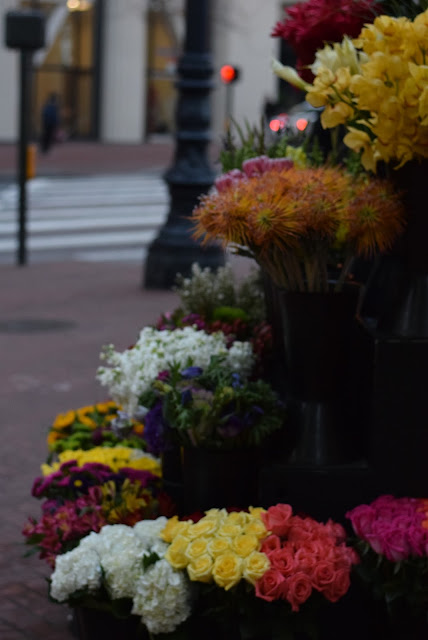