Carlsbad Caverns are fantastic, like an alien world of dark and light, black and white, drips and silence.  The Park Service built elevators from the surface into the center of the earth in the 30s.  Surprisingly, they were not functioning during our visit.  The Park Service also paved walking paths from the Natural Entrance, through The Big Room and into several other side rooms including The Kings Palace which we toured with Ranger John. 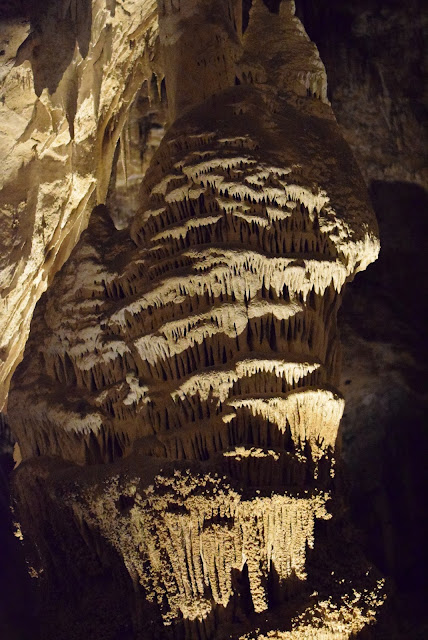 We walked 1.2 miles and 750 feet down the natural entrance path through gargantuan, shadowy, impressive caverns.  Walking into the Big Room left me speechless.  It is otherworldly.  At first I worried that the earth would rumble with an earthquake and the immense span of ceiling rock would crumble and collapse, contributing to the house-sized boulders sprinkled throughout the center of the big room.﻿ 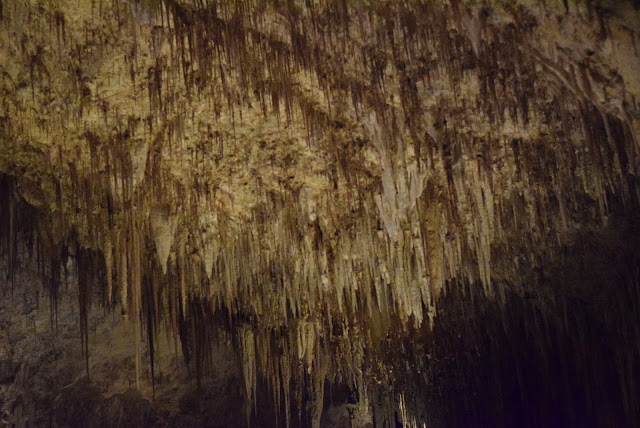 After we walked further into the Big Room, worry went away and the timelessness of the cave hit home.  These delicate formations were created drip by drip a million years ago.  They've been delicately hanging for another million years.  As Ranger John said, earth and nature have thrown everything and anything at the caverns, but they still remain glistening and perfect, growing millimeter by millimeter, century by century. 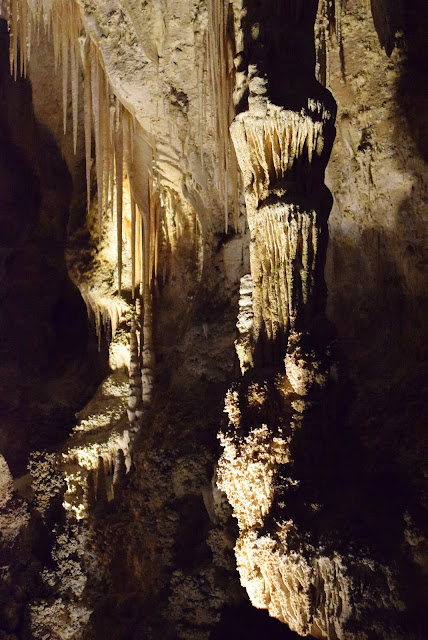 Jim White found the caverns sometime around 1898.  He thought the million bats flying out of the cave one evening was smoke from a fire, went to investigate and found the bats, bat guano (for mining) and proceeded to find many other rooms in the caverns.  ﻿ 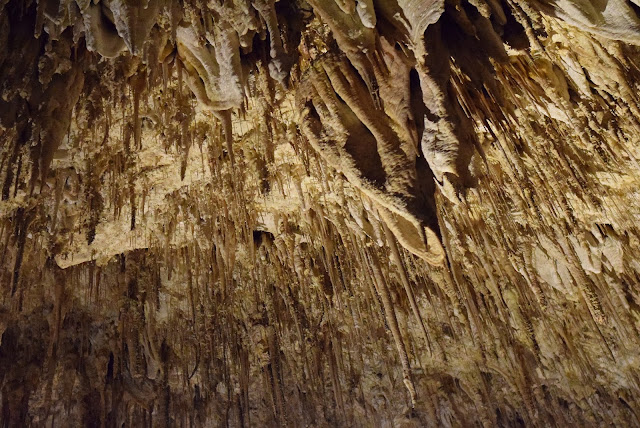 We spent four hours in the caverns on the first day and didn't make it all the way around the vast Big Room in those four hours. The Rangers facilitate visitor's exits at a certain time so that they can turn off the lights each night.  They kicked us out a little early to make sure we had time for the ascent out of the natural entrance. 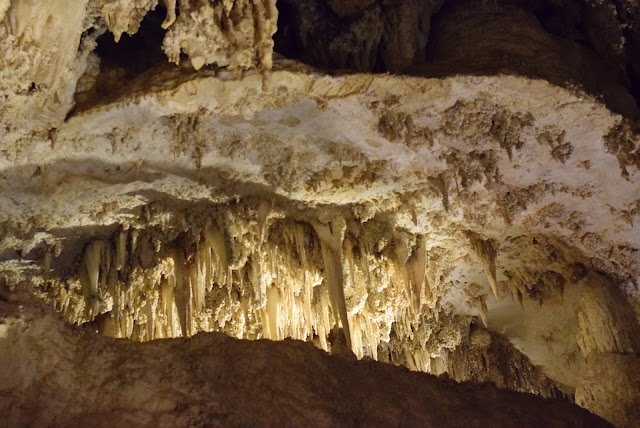 We signed up for a tour of the Kings Palace on the 2nd day.  Ranger John started by showing us Jim White's soot marks from 1898 and then talked us through what it would have been like to explore the cave back at the turn of the century. 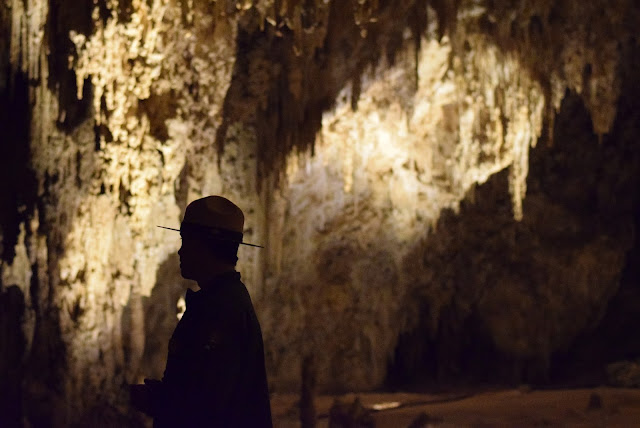 We all sat down on a park-built wall, he turned off the lights and asked for a few minutes of the purest silence and darkness that I have ever experienced. This was my favorite part of the visit, which was epic!  We blinked back to reality in the dim light and walked through the Park Service-blasted tunnel into another glimmering, white palace room. 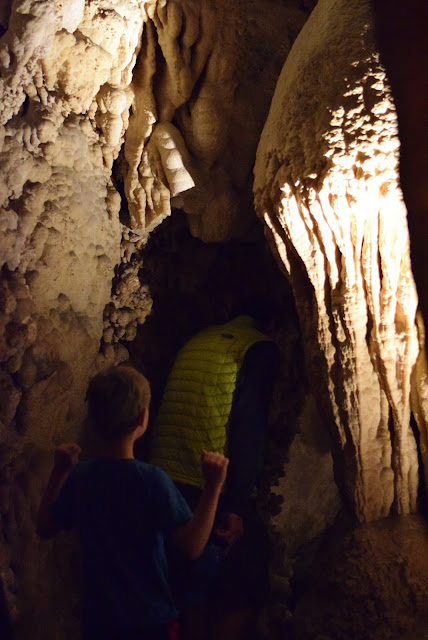 Of course we considered lights as we passed through the caverns.  The lighting design is very thoughtful: it gives us depth and space and emptiness and some color. We met one of the Park Rangers trying different techniques to hide wiring for the lights.  He told us that in the 30s the Park Service installed floodlights and buried all of the wires which caused major damage the cave.  They retrofitted the hot, monolithic floodlights with fluorescents and, more recently with efficient, directional LEDs.  With the LED retrofit, they re-wired but did not bury the conduit which lays next to the walking path throughout the cave.  He also mentioned that back in the expansive 30s, the Park Service considered blasting a hole through the caverns so that people could tour the Big Room without getting out of the car.  This is the same timeframe that they carved a tunnel through a 2,000 year old Giant Sequoia.  Progress!
Newer Post Older Post Home